BENEFITS OF BILINGUISM FOR THE CHILD’S BRAIN 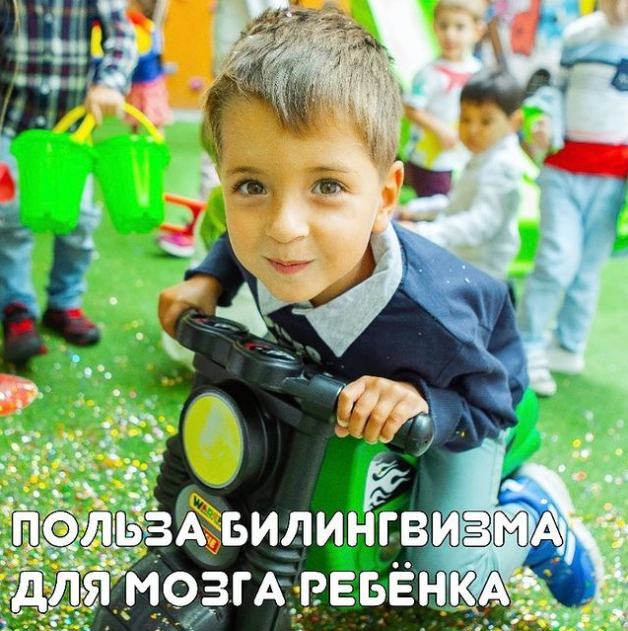 What is bilingualism? This is proficiency in two languages at the same time at the native speaker level.
Natural bilingualism occurs when a child absorbs two languages from birth. Bilingual children have the advantage of thinking flexibility, understanding language and social interaction.
⭐️There are several features of the bilingualism phenomenon that may tell you more about how the brain works:
– It turns out that the benefits of knowing two languages last a lifetime, since each language has its own place in the brain that controls the ability to use it. And constantly engaged neurons are usually healthy, as opposed to those that fade in the absence of the need to perform specific tasks.
?Thanks to bilingualism, attention is improved. Those who know only one language take attentiveness tests more slowly than those who speak two languages. The very transition from one language to another improves a person’s ability to maintain concentration and attention. The bilingual’s brain is forced to actively suppress one of the languages when speaking in another.
?Learning improves. Scientists conducted a study, during which school students were divided into two streams: one taught only their native language, the other simultaneously taught a foreign language. By the end of the fourth year, bilingual students were one year ahead of their peers from another stream in reading skills in their native language.
Therefore, introducing your children to learning a second language from childhood, you strengthen the power of their brain and build up their cognitive reserve for life.