Last time the children got to know Switzerland, now it’s Japan’s turn. Have you ever been there?
Look at the happy faces of the children – after such a “geography lesson” they will definitely remember what Japan is – its culture and traditions.
If you have not been to our party, try to organize it at home. What is needed for this? Think back or read what you know about Japan:
🇯🇵 Dress code
Be at the party whoever you want: samurai or sumo wrestler, geisha or Japanese robot, dragon or anime hero. The main thing is to follow the Japanese style.
🇯🇵 Martial arts
Aikido, Sumo, Judo – Japan is famous for various martial arts. Have a fun sumo tournament – put on as many layers of clothing as you can and try to wrestle
🇯🇵 Japanese food
Order several sets of sushi and have a Japanese feast – just eat with chopsticks
🇯🇵 Japanese anime
Be sure to arrange watching a Japanese cartoon anime, in English with subtitles. Most of them are for ages 12+, but there are good ones for 6+ as well. Here are the best ones in my opinion:
🍿Hauru no ugoku shiro
🍿Tonari no Totoro (0+)
🍿Kaguyahime no monogatari
🍿Majo no takkyûbin 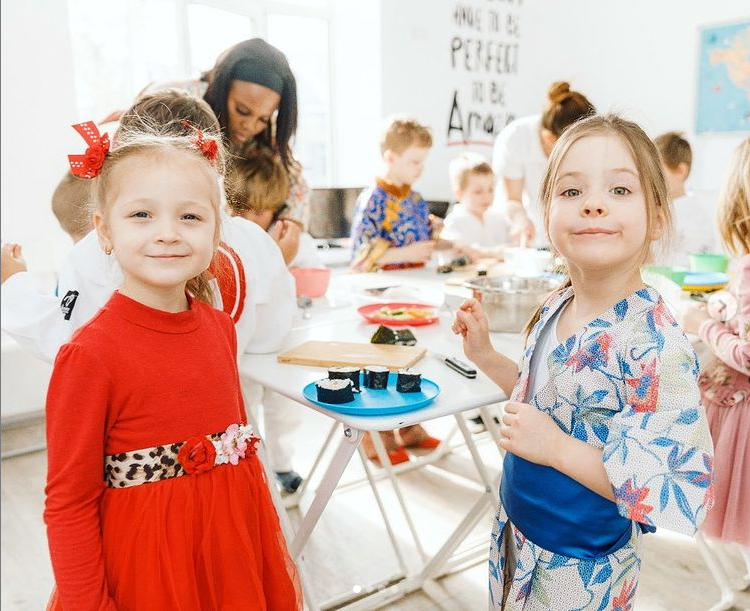